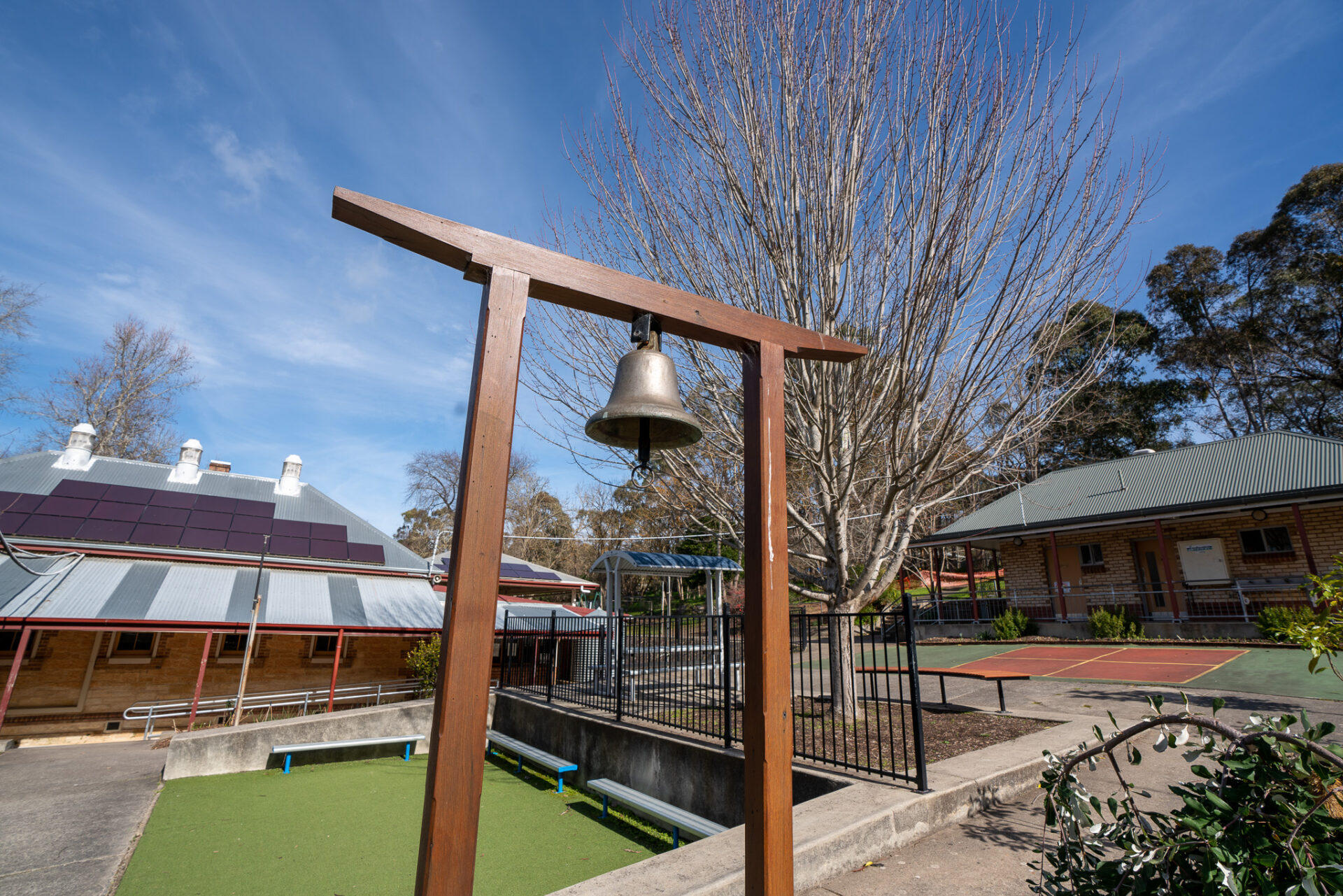 As the Mylor township grew in the mid-to-late 1800s, residents became increasingly keen to have a local school for their children. They lobbied the government long and hard, and in 1894 were delighted to finally have their wish granted.

Many families have come and gone since then, of course, and significant historical events played out, including two world wars and the Great Depression. But throughout it all, Mylor Primary has remained the living heart of the community, opening local children’s minds to the wonders and possibilities of the wider world, and preparing them to step bravely into it.

We’re very proud of our heritage, and look forward to continuing to serve coming generations for another 120 years.

“[c1923] Arnett Alan Tilling had found a swarm of bees on the way to school and, wishing to add them to the family hive, he decided to store them in his hat. [Head Teacher] Mr O’Shaughnessy disapproved of him wearing a hat in school, so the lad was asked to remove it. ‘Best not, Sir!’ said the lad.’”

“We teach – I rather think I should say, ‘we talk’ – whereas it is our business to get the children to learn. We try to lift them over the stile instead of inducing them to climb over while we stand by to catch them if they fall, but not to interfere a minute too soon.”

“Discrimination in reading…is gained only from experience – of good books and fine writing generally – and most importantly this experience must be gained when young. It was from my parents and in this School…that I learned to distinguish the good from the bad, the works of genius from the mediocre. It was here in Mylor that books became not only my companions, but my very life.”

Sir Mark Oliphant, a student at Mylor Primary during 1912, quoted by The Advertiser at the opening of the Mylor Primary School Library, 19 November 1973.